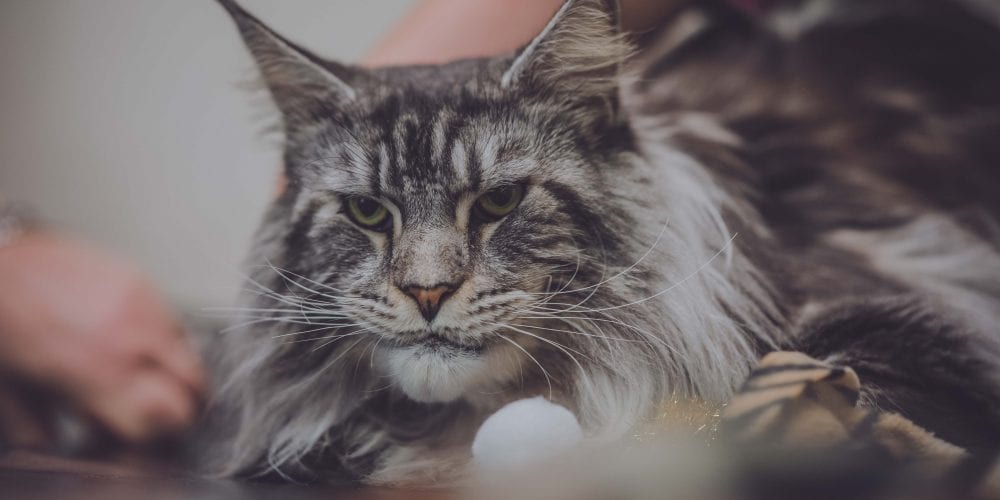 A CRAFTY cat with a craving for sewing thread has cottoned on that eating it is bad for you after being rescued from the brink of death by vets.

The thread caused Sir Dexter Purrbody’s small intestine to “concertina like a hair scrunchie” after some got wrapped around the back of his tongue.

It is thanks to Carole Potter from Charter Vet Surgery in Biddulph, part of Willows Veterinary Group, that the four-year-old feline has made a seamless recovery.

The Maine Coon cat had secretly taken a shine to owner, Sandra Hamand’s sewing machine and munched the material from a reel.

The retired 69-year-old, who has nine cats and makes cat toys in her spare time, had no idea about her pet’s obsession until he fell ill.

Sandra, who lives in Biddulph with husband, Ian said: “Sir Dexter is normally a very lively cat but suddenly, he went very quiet.

“I knew there was something wrong when he wouldn’t eat his chicken, prawns and raw mince.

“I kept an eye on him throughout the day and he started being sick but was bringing up bile because his stomach was empty.

“I took him to the vets and they said he was dehydrated and they wanted to keep him in for a few days to see what was wrong.”

Tests initially suggested Sir Dexter had pancreatitis and after further treatment, he began to improve and was allowed home.

But not long after he was discharged, he started being sick again and vet of 13-years, Carole, told Sandra to bring Sir Dexter back in for further investigations.

Carole has worked for Charter Vets for 10 years, which is part of Willows Veterinary Group. 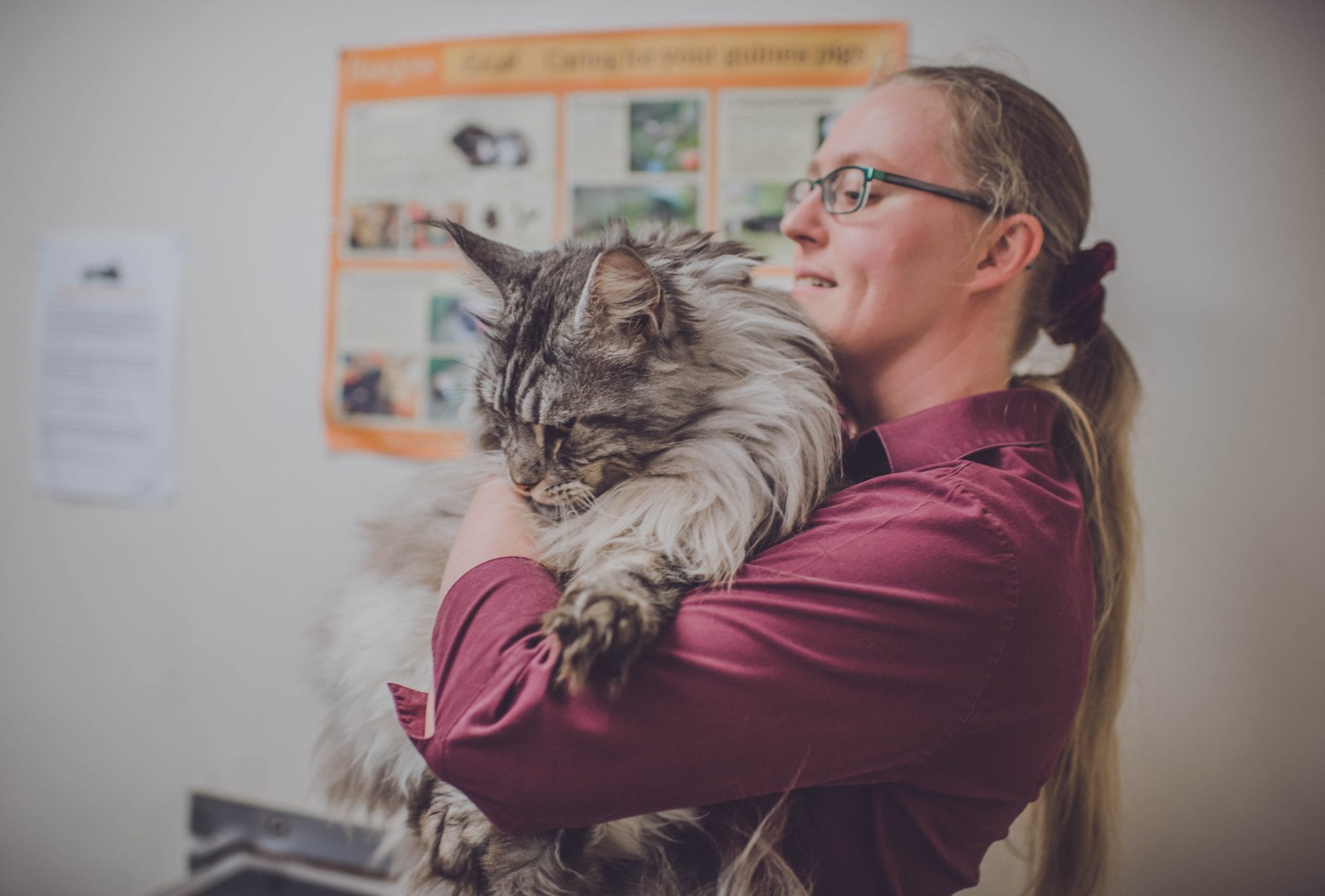 Carole said: “When Sir Dexter was first admitted, he didn’t immediately present as if he’d ingested a foreign body.

“He was in a collapsed state and was dehydrated and tests came back as positive for pancreatitis.

“After some treatment, he bounced back and appeared to recover so he was sent home but then he started vomiting again, so at that point I knew we needed to be looking for something else.

“That’s when I suspected it must be a foreign body so we did X-rays but nothing much showed up, except a small amount of gas.

“It was clear that something wasn’t right so I decided to explore further by operating and that’s when I discovered that his small intestine had concertinaed like a hair scrunchie.

“He’d swallowed lots of thread and we found some still wrapped around his tongue which was stopping it from passing through.”

Carole said the thread acted like the elastic inside a hair scrunchie which, thankfully was covered in so much fur that it stopped the cotton from having a “cheese wire effect” inside his guts.

She added: “Linear foreign bodies, long thin objects such as string or cotton, can be extremely dangerous as they can be difficult to diagnose. The object doesn’t usually show up on X-rays, and you don’t get the build up of gas you usually get with a foreign object blocking the guts as they don’t cause complete obstruction.

“It’s also not like your typical foreign body because they can have a cheese wire effect and shred through the guts.

“Luckily this didn’t happen in Sir Dexter’s case as he had also swallowed a lot of fur that had surrounded the thread, but he could easily have died. 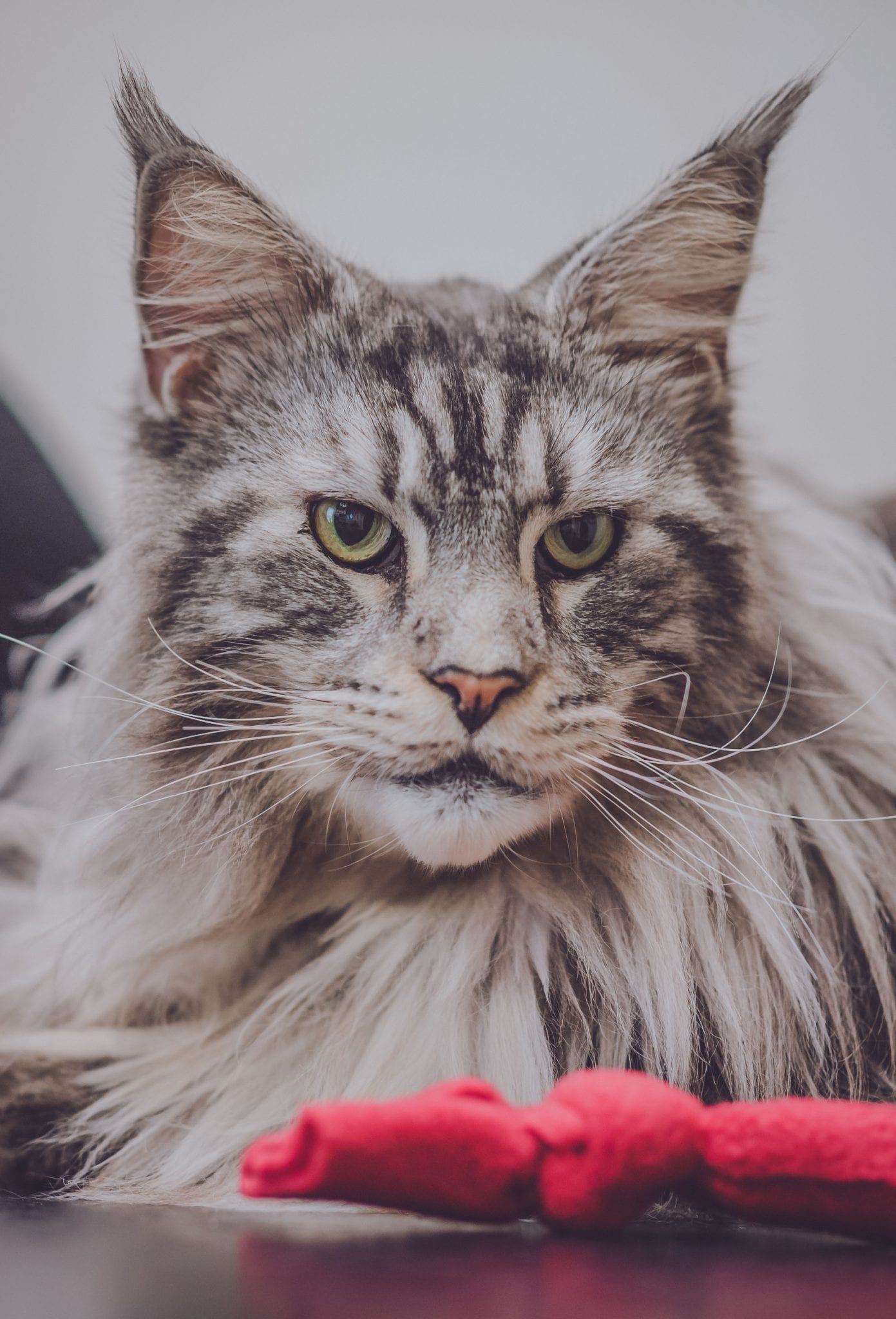 “Now Sir Dexter is back to normal having recovered really well.

“Cats do like to play with thread but if they ingest it, it becomes a problem so I’d urge owners to vigilant because it’s quite scary how much damage pieces of sewing thread can do.”

Sandra said she now takes extra care to make sure her cotton is out of claw’s reach from Sir Dexter.

She said: “I realised after the operation that Sir Dexter must’ve been sneaking into my sewing room reeling off and eating the thread from my sewing machine.

“Now, I’m so vigilant and make sure I always keep the door closed so he doesn’t get near cotton any more.

“He is doing fine now. He’s as bright as a button.

“He’s an adorable cat, he’s gorgeous, he’s my baby. I shouldn’t have favourites but he is.”

“There’s no doubt about it, Carole saved his life and I’m so grateful to her, she was fantastic.”

For more information about Charter Vets in Biddulph go to;