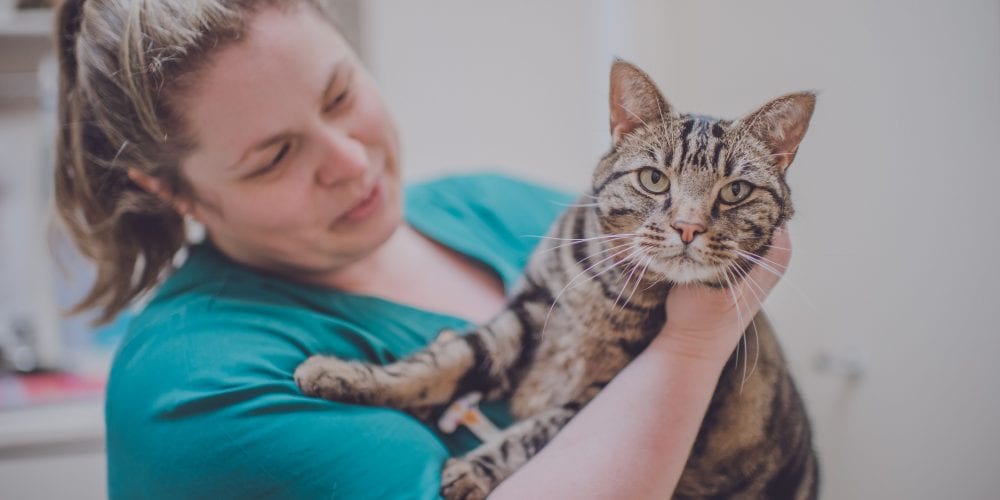 A FAT cat has won the battle with the bulge shedding the equivalent of three bags of sugar.

Roly-poly Ringo used to munch massive meals until he was put on a strict diet. 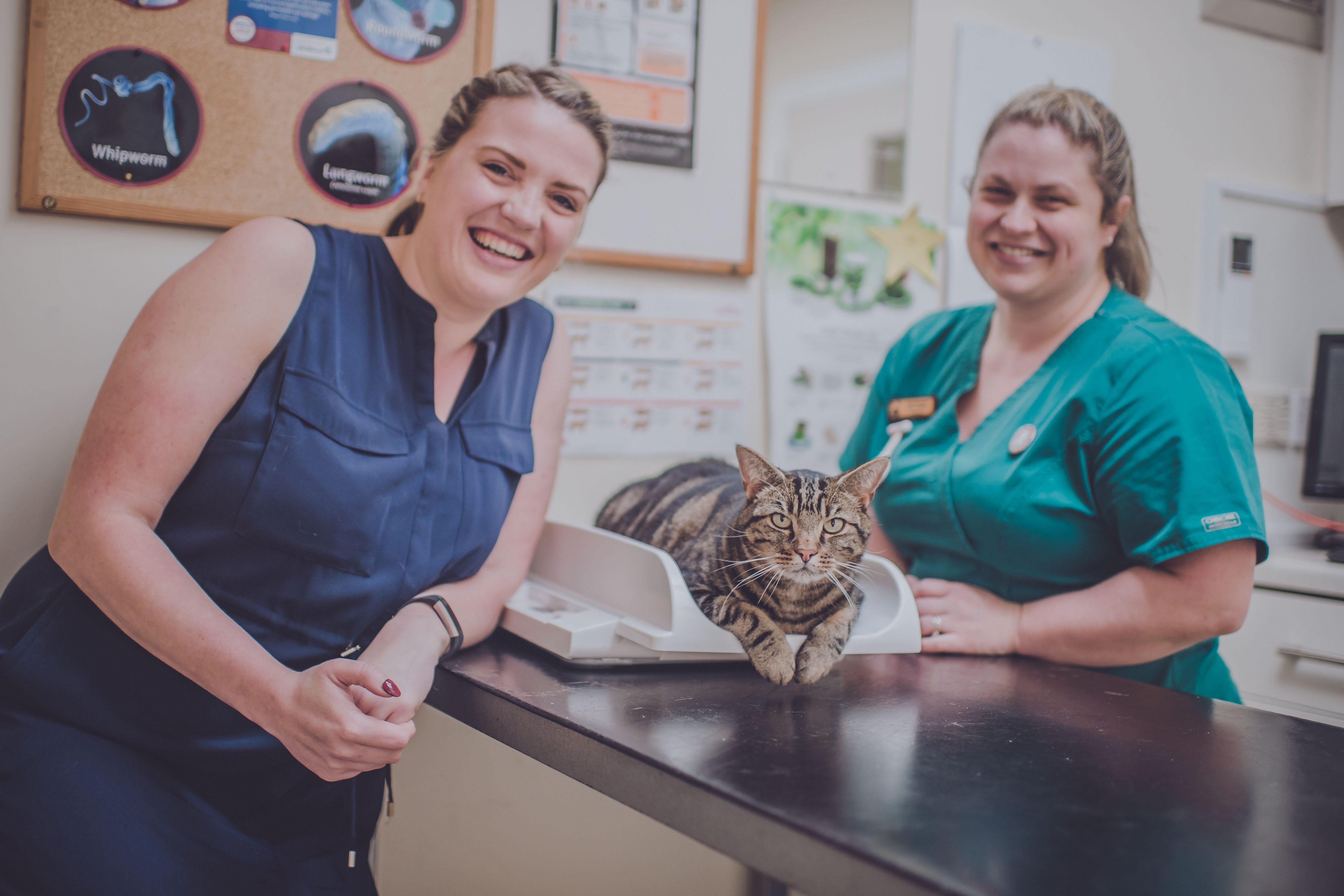 When the food-loving feline first stepped on the scales, he was almost a stone, but has since lost a staggering 3.09kg (almost seven pounds) and earned himself a slimming champ’s rosette and certificate.

His owner, Caroline Flowers is proud of her pet’s slimming success, but said she couldn’t have done it without the help of Katie at the surgery in Station Road, which is part of Willows Veterinary Group.

Katie said: “Ringo was first referred to me from one of our sister Willows surgeries back in October 2016 and weighed a mighty 8.79kg.

“At that time, he was one of the biggest cats I’d seen.

“That’s 35% of his body weight and the equivalent of a human losing 3st 1.5lbs, also the same as three bags of sugar.”

She added: “His owner, Caroline, has worked incredibly hard to get such an amazing achievement.

“Ringo has done really well and has a new lease on life and is much more energetic and playful.

“I am now working with Ringo and Caroline to stabilise him at his ideal weight and he will continue to come and see me monthly.”

Caroline said getting her chubby cat trim was a “real family effort.”

She admitted Ringo piled on the pounds while she was living in Ibiza and he was being cared for by her dad.

The 30-year-old said: “I got Ringo when he was a kitten around eight years ago.

“A few years later, I went to live in Ibiza, leaving him with my dad, but each time I came back, he was bigger and bigger.

“My dad would fill Ringo’s bowl before work and when he came home, he’d give Ringo more food, he just didn’t realise.

“Inevitably, Ringo piled on lots of weight and when I returned home for good, I took him to the vets for a general health check.

“That was when the vet said he was obese and referred him to Abbeycroft Veterinary Centre in Northwich to the weight management clinic.”

“We were given a starter pack with a little portfolio to track Ringo’s progress and appointment dates, Caroline added.

“I was also given some scales to be able to measure his food portions out more accurately.”

Compared to a diet club for portly pooches and fat cats, each animal has its own tailor-made weight watching journey where they are assessed, weighed and measured and their owners given expert advice on their exercise and nutrition.

Owners are taught how to assess body condition and provided with a chart which shows how body condition is scored from one to nine with seven, eight and nine rated as obese. Ringo was scored at a nine.

Receptionist, Caroline, was encouraged to feed Ringo smaller portions of food little and often to mimic the natural way of feline feeding. Cats in their natural setting will hunt and eat on average 10 small meals throughout the day.

She added: “Ringo has done really well but we have had to put a lot into it too – it’s been a real family effort.

“He’s much more active now, he’s acting like a young cat again, he’s more playful, happier in himself and you can tell he feels the benefits.

“We even had a little celebration when he jumped up onto the coffee table because he wasn’t able to do that before with carrying so much weight.

“The clinic has helped me learn more about portion control and not to feed Ringo so much, I think it’s important that other pet owners are more aware too.

“Katie has been fantastic, I can’t praise her enough.”

Katie, who has been a veterinary nurse for 17 years, specialises in animal nutrition.

She said studies show that more than half of dogs and cats in the UK are currently overweight or obese.

Just like humans, obesity in animals is linked to a shorter lifespan and a variety of health problems including diabetes and arthritis. They may also suffer from heart and respiratory problems and are at increased risk when undergoing any surgical procedures or anaesthetics.

Mum-of-two, Katie from Middlewich said: “The underlying reason for obesity is an imbalance between energy expenditure and energy in the form of calories being consumed. Owner will often over-feed their pets unintentionally resulting in an obesity problem later in life. Advising owners and providing nutritional support is important. This needs to start from their pet’s early years.

“Our pets are members of the family; sometimes we anthropomorphize, meaning we apply human traits to our animals. We also enjoy rewarding our pets to provide them with affection. This is often done through food, most often human food as treats.

“The owners don’t often realise how bad it is until we start educating them.

“It’s really rewarding to see the difference in pets once they have started the weight loss journey.

“I started helping a dog who was really grumpy but after he started to lose weight, his demeanour changed, it was nice to see.

If you need help with a pet which is overweight, get in touch with Katie by calling Abbeycroft Veterinary Surgery on 01606 40332 or email abbeycroft@willowsvetgroup.co.uk